The Role of Social Media Influencers 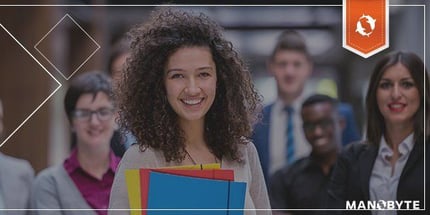 The idea of influencers as part of a marketing strategy is certainly not novel. Rather, the rise of the social web and the Internet, in general, has given more people an opportunity to become influencers, sometimes in very niche segments within a massive online audience.

The first step to connecting with these influencers has nothing to do with the influencers themselves. Instead, we need to look at the process in terms of a traditional marketing plan: the first thing we need to do is to identify our target audience. It is not until we understand our audience that we can begin to find those influencers who are valuable to them and trusted by them.

With social media, we have seen the rise of what has come to be known as the “citizen influencer.” These are people who have not necessarily ever been on television or seen the inside of an NFL arena. They are passionate individuals who develop and share their experiences and opinions on the social web for all to see. In their categories of influence, they hold considerably more sway than traditional celebrities.

Posts from these individuals earn them a following of people who begin to trust them implicitly. Before you know it, someone who began as an ‘average Joe’ can have his followers increase a website’s traffic by 400% with just one blog post, as was the case with Robert Scoble. Social media influencers are the people, brands, and personalities online that people trust. They are people who spark discussion and who inspire action. No matter what the category, we can find those influencers who matter to our audience and we develop important and symbiotic relationships with them to spread our messages.

There are many different things that influencers do, whether or not they set out with these goals. We have already discussed the value of social media to connect disparate people to each other and to the brands and organizations they care about. These influencers, with their vast networks of followers and friends, serve as nodes to make these connections more smoothly and more effectively.

Once we successfully identify the audience with which we want to connect, we can identify relevant influencers to connect with these audiences more easily. A social media influencer is not made overnight. No matter who the person or entity is, they all started with only a small number of followers. It took dedication and passion to amass the kind of a network over which they could wield considerable influence, but it also took an intimate knowledge of who those followers are. This means that social media influencers can connect their followers to those stories and products that they already know will be relevant and useful to them because they know whom their audience is and what they want.

This, however, is also a reason that we need to be diligent in understanding the audience of these influencers before we reach out to them as part of our social media strategy. They only want to connect their audience to messages that are relevant. If our message does not fall into this category, either the influencer will have no interest in spreading the idea, or the message will be broadcast to an irrelevant or unresponsive audience. Influencers have the ability to connect us to the right people. That is what we must make an effort to leverage. Find people who are connected to the people that you are trying to influence.

The Internet was started as a way to spread information efficiently across vast geographical distances. While the internet today is more sophisticated than a couple of computers on college campuses exchanging text, it is effectively still a network for spreading information. This is particularly true of social media platforms, which are increasingly used not just to share the news that has been generated from mainstream media sources, but to break its stories as well.

Social media influencers are an important part of this information network. They inform their followers of new products, new developments, and even breaking the news. Unlike advertisements that are designed to inform, the information that comes from individual influencers is organic and trusted. Indeed, one recent study found that among B2B decision-makers, bloggers are the most trusted source of information and the most influential in the decision-making process; even more so than trade shows or word-of-mouth recommendation.  Obviously these influencers should be an integral part of getting our messages out.

It is also important to note the way in which influencers curate information. In fact, many influencers have made a name for themselves simply for the relevant and compelling way in which they post and share information from other sources. We will discuss more this later on when we talk about Mass Connectors.

While it can be wonderful to have these “citizen journalists” spreading information and news in a genuine and fast-paced way that often is not possible with traditional media outlets, we have to understand both sides of the coin. When a social media influencer breaks a story, that news and information permeates the web instantly and stays there. Bloggers are not subject to the same ethical standards as professional journalists and even though most of them make every effort to be accurate, misinformation can spread quickly. Having a good relationship with these influencers means that you can be a first line of defense and an important source before they broadcast any information about your brand.

While connecting and informing are both important parts of an influencer’s experience, ultimately wielding influence is about shaping opinions. As communications professionals, we know that there are three important bars that must be met. The information being shared must be:

Influencers have the advantage of being implicitly trusted by their audience. They have worked diligently to earn that trust. Therefore, as a company who wants to reach their audience, we must be able to provide them with relevant and timely information and to message that can be shared in a clear and simple manner. It is these types of messages that can work to shape opinions, which is our ultimate goal.

View examples of influencer social media posts within the AEC sector and how to engage with them:

Note: This post was originally published in August, of 2015, but has been updated and edited for accuracy.

Ready to Dive In?

Work with our team of HubSpot experts and watch us take clunky systems, tech stacks, websites, and portals and turn them into tailored, intelligent workflows that deliver business outcomes.

Overcoming the Many Challenges of Channel Marketing

Channel Marketing: it’s a crazy and confusing world out there, isn’t it? Teams are frustrated because leads are shared among all partner sales teams, ...
Process | People | Technology

Why Manufacturers Should Solve For Design-and-Build Contractors

Design and build contractors are an entirely separate buyer persona for building products compare to the stereotypical builder persona. They have diff...
People

Channel sales are an integral part of revenue for many businesses. Channel partners play a powerful role in driving new and return business, yet are o...
People | Technology | For Marketing Directors
Animation
Options