Answer's to 6 Arguments Against Social Media in Healthcare 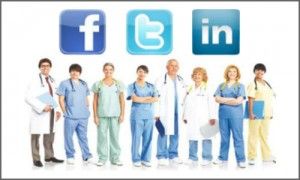 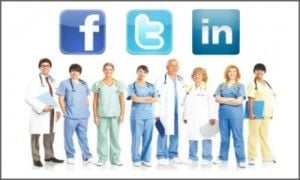 The blog post 6 Arguments Against Social Media in Healthcare? listed 6 reasons why "social doesn't or wouldn't work for healthcare." The issue were:

Here are some quick links to articles that provide answers? to each of these. I will later post more detail.

#1 Social media opens the door for a HIPAA violation

The blog The Realities of HIPAA in Social Media? States "Patients and family members are not covered entities under HIPAA.? So it??s not an HIPAA violation for a well-meaning daughter to post that her father received great care at General Hospital after his stroke from uncontrolled diabetes. Media and internet attorneys will also explain there is no liability for General Hospital to sponsor or even own the site on which the daughter makes the post.? "

#2 "No control over what people will say about us."

Brian Solis in his blog post The Myth of Control in New Media? Wrote? "retaining control, following the socialization of the Web, is nothing more than pure legend. While many companies retain control during the stages of defining and shaping messages, control is relinquished at the point of distribution. Once messages are published, they are at the mercy of consumers, peers, and influencers online and offline."? Is this a reason for fear? No...Read the rest of the article.

#3 "There's no return on investment."

While there has been MUCH debate about calculating ROI for Social Media, as early as 2006 a reasonable model for Calculating the ROI of blogging was published by Forrester analyst Charlene Li. There are lots of ways to calculate ROI but first you must understand your objectives.

According to the Forrester Report "Healthcare Consumers Continue to Migrate Online." 78% of consumer seek health information online. The primary reason consumers go to a health plans website is to Find a doctor.

OK let's not go to extremes. Yes, some will abuse the use of Social  that is where your media policy comes in place. The article How to Control Employees at Work offer some practical tips.

Marketing SaaS products can pose a challenge, especially because they have no physical presence. However, there are still many ways to attract your ta...

Customer Portals: Build Trust and Communicate with Your Consumer Base

As more and more businesses continue to try to find new ways to connect with their customers and provide as much long-term value as possible, one stra...

What KPIs Are Most Impactful for Your Business?

Every business needs to set clear business objectives and determine the best way to track progress toward achieving them. Looking at metrics like reve...

Many people have heard the phrase, “content is king”. Content marketing is an important way to set yourself apart from your competitors. Through effec...

Content has become a catch-all answer for businesses everywhere who want to improve their marketing strategy. Content marketing is the art of posting ...

Many manufacturers still rely on classic marketing methods to promote their brands such as trade shows, word-of-mouth referrals, and networking events...

Email marketing has become a powerful tool for growing and developing businesses. Still, many industries are still unaware of the potential an email h...

Why Are Customer Relationships Important

Most companies are looking to increase their revenue over time, and the no-brainer solution is to make more sales and find more customers. But compani...

As we deal with the global pandemic of COVID-19, more and more marketers and salespeople are finding themselves in a new remote environment. While som...

10 Mind-Blowing Marketing Stats You Need to Know for 2019

For most of us marketers, November brings new light to our marketing planning. We dust off those spreadsheets and start planning those monthly and qua...